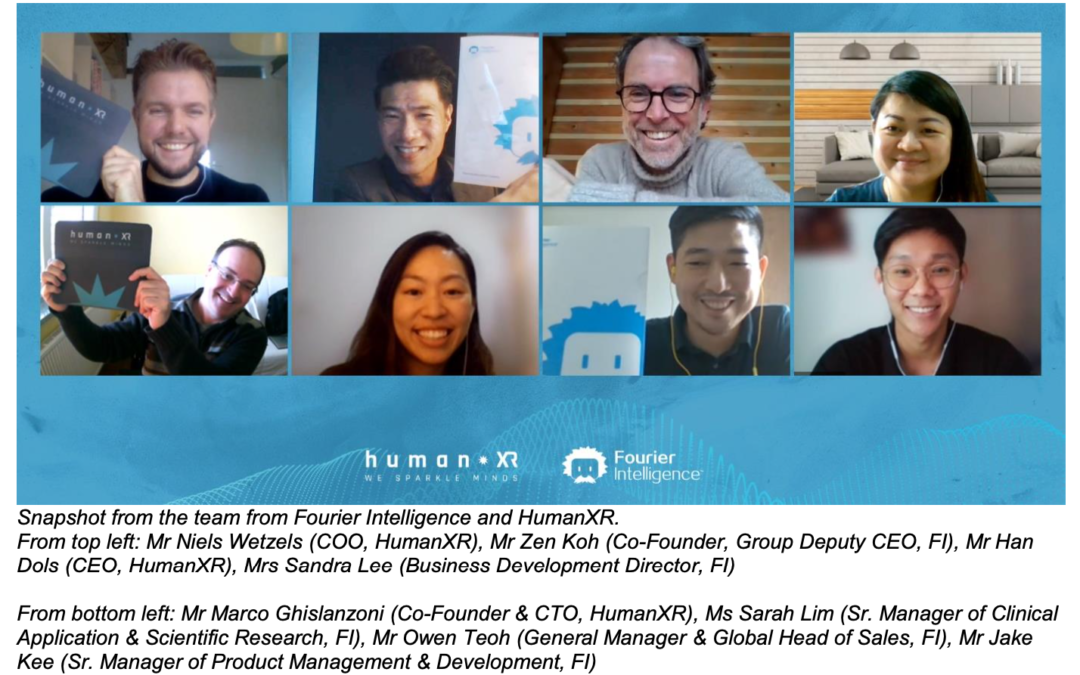 “Virtual reality, combined with robotics, creates rapid, and customised solutions for remote rehabilitation. With the head-mounted display (HMD), we can now bring the user by computer-generated visuals into an immersive, realistic multi-sensory environment. Several studies on VR show its potential for rehabilitation and suggest VR to be beneficial for the medical branch. The immersion may increase therapy adherence and may distract the patient from experiencing pain, fatigue and anxiety.” said Mr Zen Koh, Fourier Intelligence’s Co-Founder, Group Deputy CEO.

“In the past few years, we have seen the rapid growth of virtual and augmented reality, together referred to as extended reality. We hope that this technology creates a new horizon for alternative forms of exercise, to support those with disabilities”, explains Marco Ghislanzoni, Co-Founder and CTO of HumanXR. “We have successfully integrated New Horizons with CycleMotus, and in the near future will integrate more products from Fourier’s RehabHub series.”

The pandemic accelerated digitisation. Years-long digital transformation road maps became compressed into weeks and months, to keep up with the rapidly changing new norms, and realities. Rehabilitation professionals have acknowledged the importance of telemedicine and digitisation of rehabilitation treatments. This alliance has come at the right time in view with the current rehabilitation shift towards providing more virtual reality and telerehabilitation. Though the pandemic has prevented the two teams from physical meetings, since June 2020, the team has collaborated virtually to integrate their systems into one.

The partnership will focus on integrating the New Horizons software with the CycleMotusTM H1. The new product is expected to be marketed globally within the second quarter of 2021, allowing users to experience intuitive and immersive rehabilitation training with the newly integrated system.