The start of HumanXR: Virtual Reality for elderly 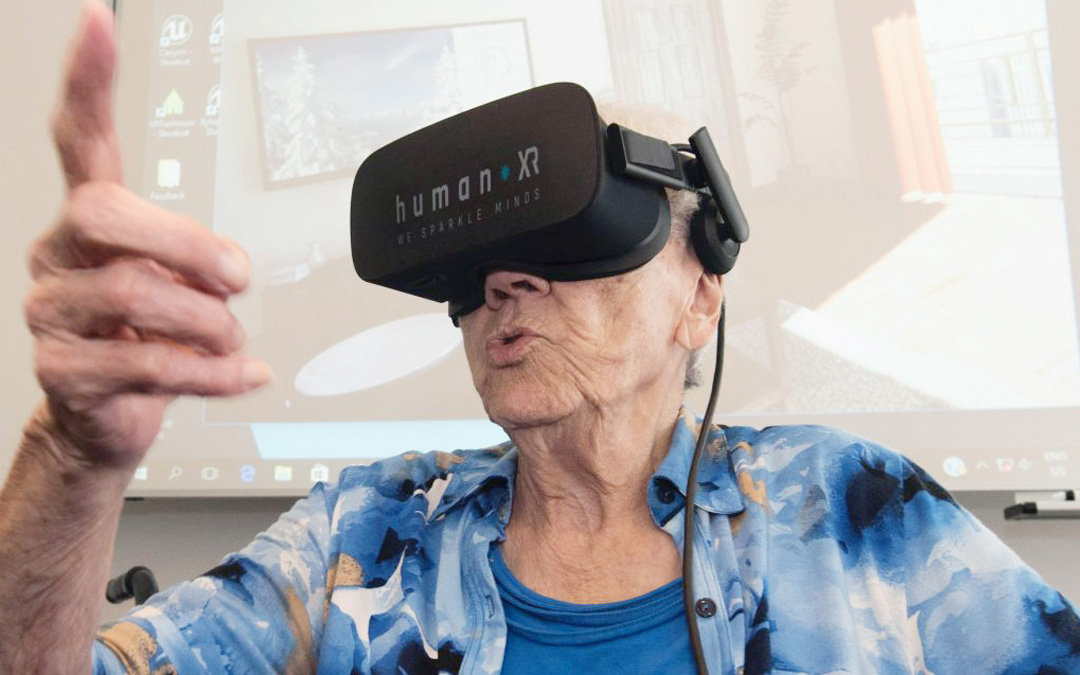 Hello you, happy to see you are reading this! Let me introduce myself. I am Désiré de Vries, 23 years old and I am VR consultant at HumanXR. During my study, Communication & Multimedia Design, I did an assignment for HumanXR. This went very well, so Han Dols & Marco Ghislanzoni, the founders of HumanXR, have asked me to join their team that now exists of 5 members. In the coming weeks I will tell you more about the beginning of HumanXR, what it is that we do and what we want to accomplish. Today, the first chapter: how did it all started?

This question brought me to Han, one of the founders of HumanXR. Actually the story started with a conversation at the kitchen table. Monique Dols, Han’s wife, who works as a physiotherapist, told Han a lot of her older patients were sad, lonely and sometimes even world-weary. The things eldery can do becomes less over the years. A thing that is hard to see for a therapist or supervisor. Monique would love to have something fun to do for the elderly, but because of the restrictions that elderly have, they are often not able to leave the house.

Han was working in the photography industry at that time, where he focused on 360° photography, together with StudioVR. He took 360° photos of spaces in the hospital, of new buildings at Brightlands, etc. This gave him the ability to show the spaces to people without the need for them to be in the space. He received a lot of positive comments from clients. It turned out to be a special experience for most people. And that’s when at that kitchen table their worlds came together to one idea. The enthusiasm people were having for VR was a possibility to create worlds specifically for the well being of the eldery.

The idea for HumanXR was born! Han started a lot of conversations with people that were working with elderly to get a clear picture of the needs they were having. Very quickly he came to 3 important conclusions:

These three factors are still very important for HumanXR. Together with our partners we want to make life easier for elderly with physical or mental restrictions by giving them the ability to move, relax and a way to distract themselves. We want to see a smile on their face again and place them in the center of life, even if it’s only for 15 minutes a day.

The next time I tell you more about our process with Unreal Engine 4 and the goals we have. If you have any comments or questions, leave them below. Or send an e-mail to sparkle@humanxr.com.

This site uses Akismet to reduce spam. Learn how your comment data is processed.